First time in a hotel. 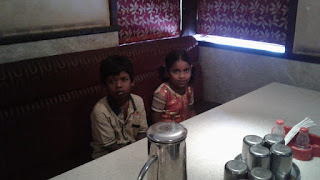 This morning Rohit is coming to check up the time every ten minutes. "We have to go out to eat.

Yesterday @Srinivas asked if he can take the kids out to eat for lunch. I replied saying I usually kept their stays simple because these spaces are out of their worlds.
Then my daughter pooh poohed, saying that they would love going out and eat, and that I was over reacting. She said she would also love to go with them !
She usually makes sensible points and so I re messaged to Srinivas saying that he could take 3+1 out. 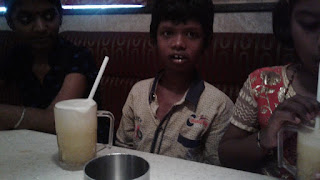 Rohit is pure energy today. "I have never eaten in a hotel.", he repeats as he flits aroud.
Srinivas asked, "What kind of food do they like ?" I dont think they know there are different kinds of food.
But they are all set to have fun all right. Vaishnavi, Rohit and Vinay.
Srinivas is a friend who recently connected on FB, suggested we take PaalaGuttaPalleBags on Instagram. I suggested back that he do that. And the entire building presence of PaalaGuttaPalleBags on Instagram is his persistent dedicated work. 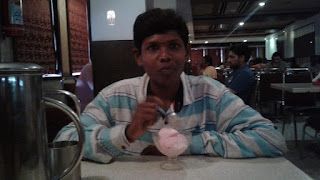 Posted by Aparna Krishnan at 06:57