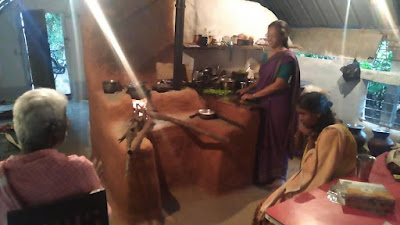 "People used to be one. And share all they had. Now times have changed ...", Annasamy Anna


"Why ?", I asked.
" Because money came in. With money, those who have more, engage only with those who have more.
They can take money from each other when they need, and also give. So they become a closed group.
The poor stay seperate.
The walls grow with money always ..."
Today I got some very important answers. That I gave been searching for, for long. 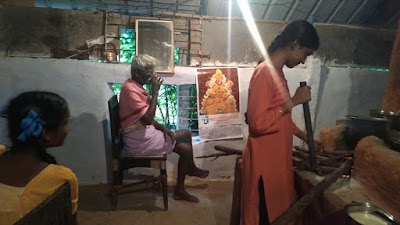 The girls. Chandana and Turiya. " Ayya, girls are better, no."
Annasamy Anna. "Gangamma and Agni Devudu. The goddess Ganga and the God of Fire. Only if both are there, you can cook isn't it. Only if both are there you will make me my tea.
Both are needed. Equally. Among gods. Among ants. Among people. The male and the female."

Posted by Aparna Krishnan at 07:04