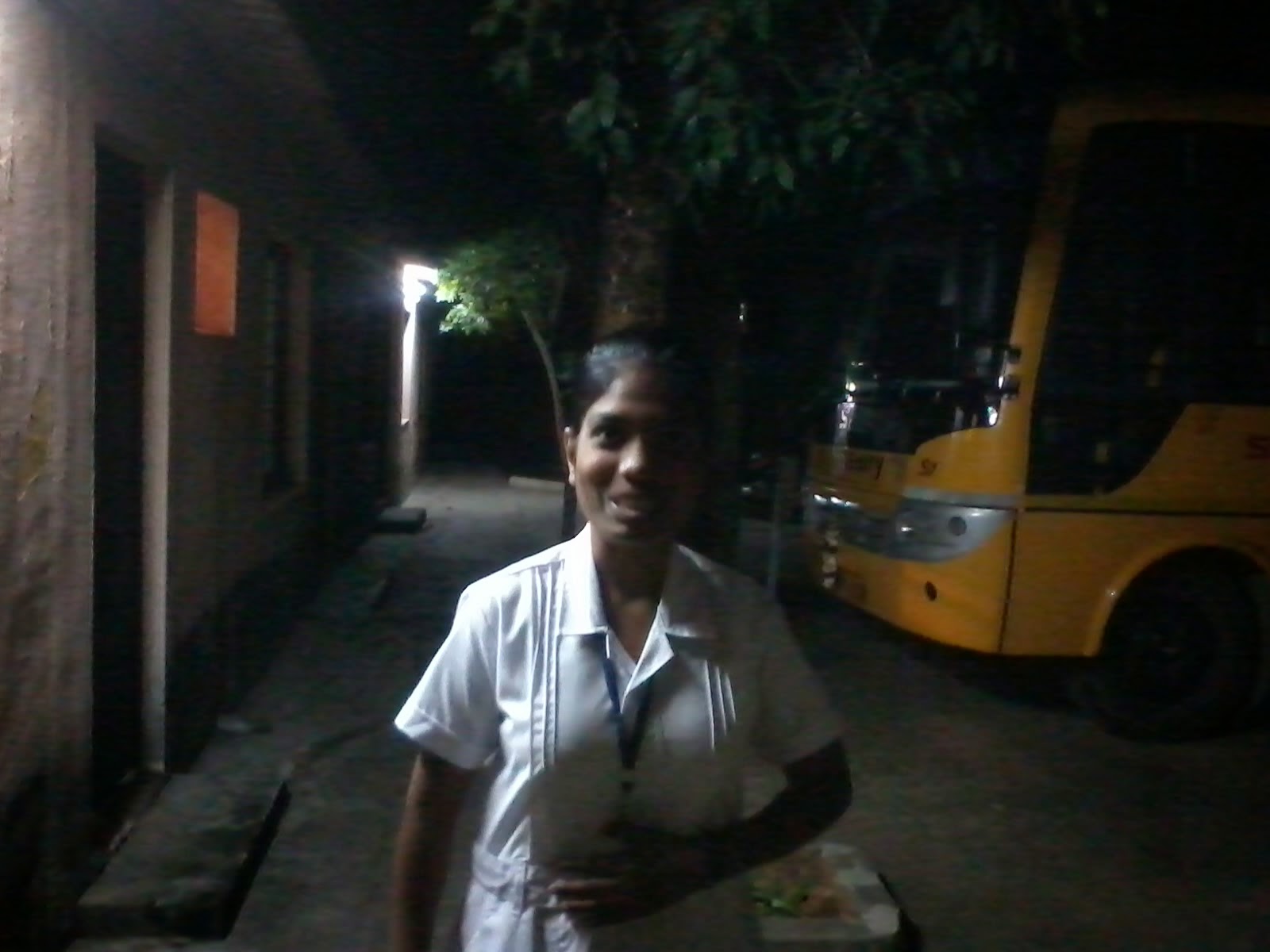 Sukanya - 19 years, dalit, landless. Her mother worked in Tirupathi as the father had abandoned the family in her early childhood. She was a smiling child, a mentor to all the village children.

She grew up in an SC hostel for some years, and then in the village with her grandmother who used to herd sheep.

In her 10th, she failed her maths paper by a mark, and spent that year grazing sheep in the forest. She used to tell us stories in the evening. Once a sheep delivered on the way, and she described how all the other sheep would come one by one to look at the baby and the mother, 'just like humans'.
The next year we arranged tutions and stay in Tirupathi for two months before the exams. She cooked for herself in a dingy shared room and walked four kilometers one way daily to the tution place. She passed her tenth.
Next we suggested she do an ANM nursing course as that may give her better employment possibilities. A better nursing course like the GNM course or B.Sc Nursing was not possible financially. Her mother paid  part of the fees of the course while we paid  part. Sukanya worked very hard. After one and a half years she got her nursing diploma and a job in a hospital as a assistant nurse for Rs. 3000/- for a 12 hour job.

Then we realized what a nursing job meant. She works seven days a week, twelve hours a day for three thousand rupees a month. As she is a very responsible and cheerful worker, she is valued. But that value translates into more work, and not more pay. There is an oversupply of ANM nurses. She badly wished to study more ... with her present qualification her salary would never get higher and overwork would be the norm.
We told her to check B.Sc nursing options, saying that maybe we could help with fees from friends, and she ran from pillar to post to find out. She then found out that she could not do her B.Sc nursing because she should have done her Biology in 11th and 12th.
So that boat was missed.
That was missed solely due to her poverty. After she failed 10th, and we managed to get her pass it again. But we were unsure of helping her with biology in 11th. Also she needed to start earning as her mother was unwell ... life took its course.
She found out that she could do her 3 year GNM course which may cost her about 3K per month for 3 years. She was eager to do it and was ready to forgo her nurse (ANM) salary. Her mother was willing to support her through these years.
She managed to complete a parttime intermediate course on the side.
At that time a friend of ours was willing to fund her GNM (Nursing) course. I Sukanya beamed down the phone at the news, immediately went  around colleges, found out the costs, called me up to confirm if she may pay the chalaan. She convinced her mother, a sweeper, that she has to study further. The mother has agreed to run the house with only her salary while she studies. Sukanya is a student once again ...

Sukanya called up from the nursing hostel in tirupathi to tell me that her first year first exam was today, and that she has done well. I have known her since she was a child of class 3.

13th May 2016
Sukanya just called up from the nursing college to tell me that she had passed her 2nd year GNM exams. Like any mother/ teacher I dutifully asked her her marks. She said 360/500. I asked her her class rank and she said 3rd. Despite all my disregard for marks and exams, I am extremely proud of her.
8th May 2017


Sukanya called me up now. From Hyderabad. She has joined as nurse with a salary of 12,000/-. She called me as she is grateful to me. It was my friend Mary who gave me a blank cheque that day underwriting all her GNM expenses when I told her her story. I played only the part of translater over the years, and sometimes handled a transfer.
Sukanya will now care for her mother, who abandoned by her husband, brought up Sukanya while working as a sweeper.
I need people who will own up other children. Jayanthi, Kavya, Nandini, Nagamani, Shravanthi. Hard working children. In my village - one of the many villages caught in the thores of drought.


There are Sukanyas in every village.


I know well that given the snob value of English she will be looked down on by the more privileged nurses. BSc Nursing costs many lakhs and was not a possibility. We helped her through her GNM.


I will message her daily in English. As in the village I made her read English story books daily through the years to face a world where she would need to sell herself hard. To be poor and landless in bad enough. Her burdens were many more.
Each of their lives is uphill. The heart aches for then. But their smile stays unpertrubed, and gives strength to everyone else as well. 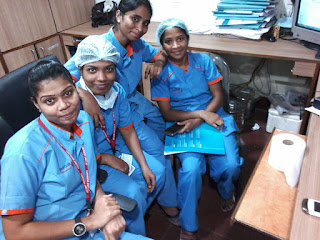 Posted by Aparna Krishnan at 08:36