The sensibility of a village that protected Sasi and Kavya. 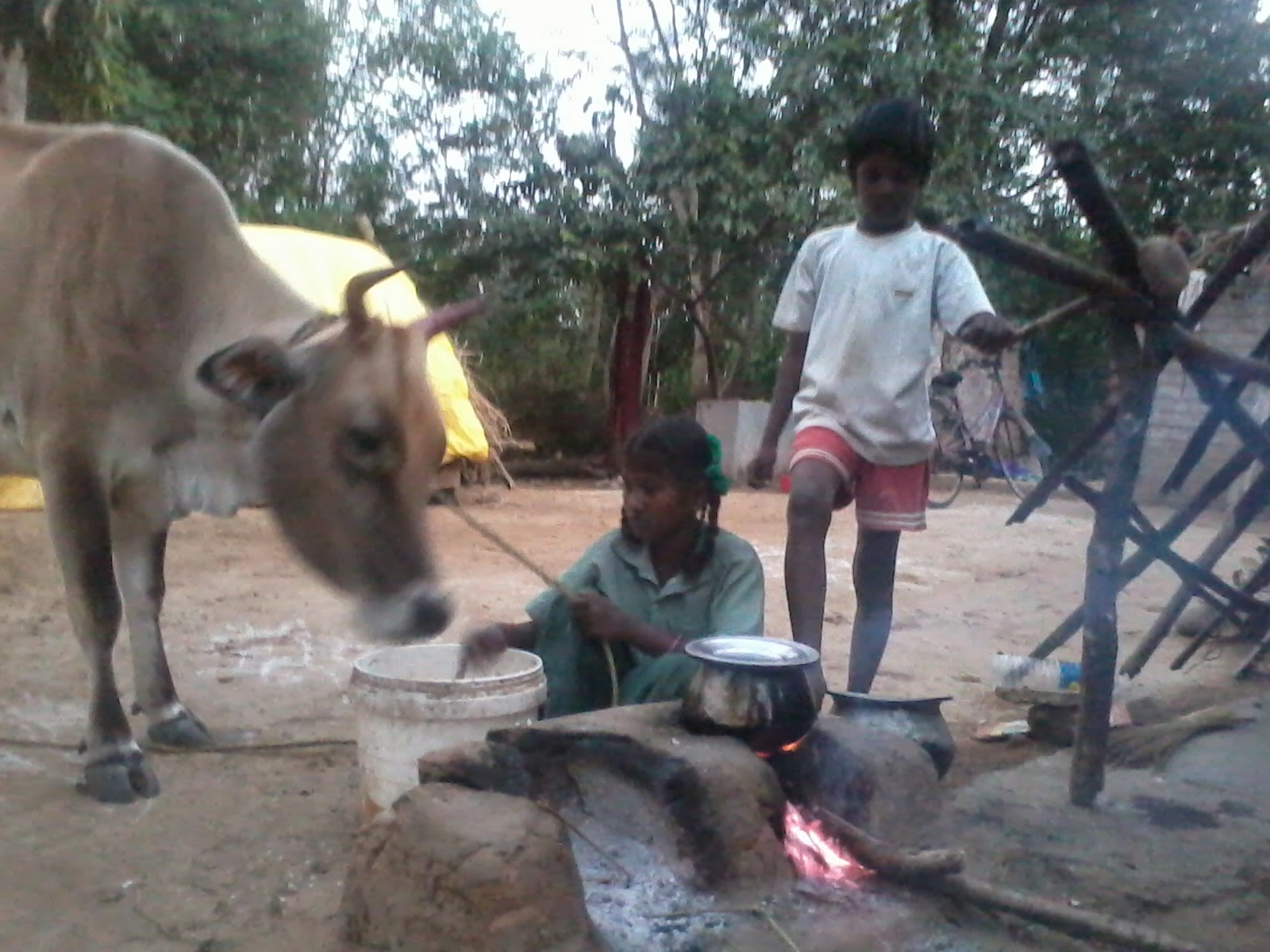 Kavya and Sasi have gone through what no child ever should.

Their father was killed ovr some family misunderstanding. When Kavya was about seven and Sasi five, one day, her father's dead body was brought back to the village, and the funeral was conducted. The mother did not return, and the village also did not want her back as she was part of the misunderstandings that led to this. Every village family was traumatized by the death of this village boy.

The two children grew up care of the grandparents. They were landless and very poor. The grandfather was asthamatic and a drunk. But he doted on his grandchildren, and they loved him. In earlier years, he had got into trouble over an attempted misbehavior with a minor. That had called for a large madhyastham - village jury - comprising all the hamlets. He was asked to pay a huge fine of Rs. 10,000/- and was paraded with his face blackened. He was asked to leave the village, but maybe in the realization that a family would be destituted by this expulsion, that clause was overlooked by the village. The grandmother Eashwaramma, one of the wisest and best human beings I have known, was blind in one eye, and ill from a lifetime of undernourishment. She had also suffered much at the hands of a wayward husband. But her goodness stayed untouched.

The children were nurtured by a village  ... and they grew up unscarred. They used to be in everyone's houses, and all used to mentor them, as they were running wild without parental discipline. But mentoring and advice by all the people in a community has its effect, and they tempered down. I used to wonder what the fate of children in a middle class urban community would be had they lived through such horrors. And if the neighbours would have mentored the family thus. The grandmother's goodness, and a village's goodness also taught them goodness and they grew into lovely and loveable children.

Then the  grandfather died after a brick fell on his foot when he was working at a construction site, and the wound turned gangrenous. The grandmother Eashwaramma was shattered. Also, the emotional burden of being singly responsible for the children unnerved her. But she rallied around. And the children continued growing under everyone's eye and care.

The grandmother went through worse times, and at a point as her health took on more ravages after an attack of chikunguniya, she asked us to look for a hostel for the children, as she lost faith in her abilities to bring them up. We also searched widely. Finally we found an SOS village, which had five star comforts, and where the children would have been 'insured' for life. But when we were told that SOS tried to seperate the children from their roots so that they could forge a new life, my heart trembled. After many heartacheing indecisiveness, and sleepless nights ... i decided that they could not sacrifice their family, grandmother, a poor aunt in the next village, and a village for any insurance against poverty. I advised the grandmother to continue caring for the children and that the finances we would help to bear. She agreed her heart gladdened, as these children were very dear to her, and to lose them would have broken her heart.

... the mother, after a period of many years, sent word that she 'wished to see the children, and help her mother-in-law'. The village again took a practical decision based on the reality. Though no one wished that the mother set foot in the village, everyone had to face that the children would be left supportless after Eashwaramma's time. So they swallowed their sensibilities and in a village meeting called the mother. She was told that she could have visiting rights but should not stay in the village overnight. This was an entry point, which meant that over time spaces would open up - in the larger interests of the children.

The children were torn - between not wanting to see a mother whom they thought was responsible for the father's death, and between need for a parents after a parentless childhood. Now, Varalu and others would talk to the children, and tell them how they needed to accept the mother, talk to her, ... after all who knew what the reality was ...

Later Eashwaramma need a cataract operation, and post operation was advised rest. When the village children came to Chennai for a vacation, Kavya had to stay back. She sobbed through the day when the children left, but pulled herself together and started lighting the fire for cooking and then took the cow grazeing. By eleven years she had learnt that her situation needed certian adjustments. The village advised her on the need to help her grandmother through these times. 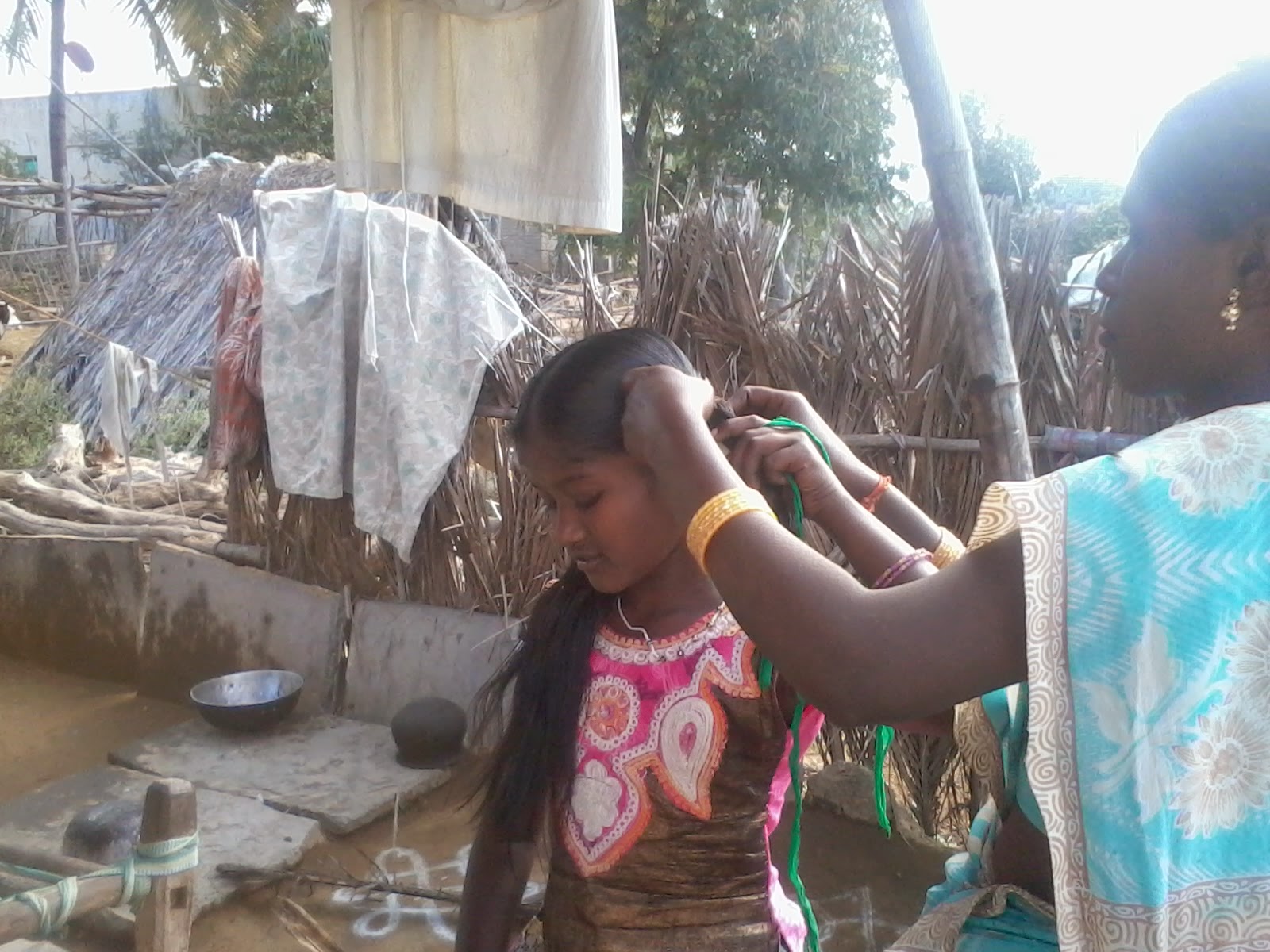 A childhood protected by a sensible and sensitive community ... yes, a village caught  in poverty and undernourishment and unemployment. But with the heritage of wisdom and goodness.

Posted by Aparna Krishnan at 10:59