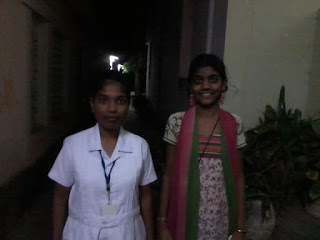 She is of our village. A child who has fought all odds. Of poverty. Of drunkenness at home. Of difficulties too vast to relate.

She grew up in and out of our home. She stayed with her grandparents in the village. Studying in the village school. Helping them graze their sheep. As her mother worked in Tirupati bro earn to sustain her daughter.
She crossed all hurdles life presented her with. With the cheerful perseverance so uniquely hers.
Became a nurse. Earned a good name at the hospital in Hyderabad.
Hard hours, long days and nights. But work done cheerfully, debts at home slowly settled. Mother, who has worked singly for her daughter, now getting some support.
The notification for government nurses came. The preparation for the exam. After exacting long hours of work. An effort to study. She cleared the exam.
A government job means everything to those who live life on the edge. 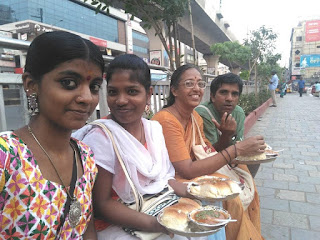 Today morning a desperate call from her. "Madam I just got the message that I need to report by 11am to Tirupati to accept the job." A tearful voice. " I just got this message. It was sent at 1am. Buses and trains won't reach. What can I do. I will lose the job. "
I toldld her to wait. My husband checked up on flights. It was 15,000/- for the morning flight from Hyderabad to Tirupati. Sukanya's jaw fell. She asked, " Fifteen THOUSAND aa Madam ??".
I told her to rush to the airport somehow. We made the bookings.
Praying she makes it on time. Gets the job.
It means everything to her.
The poor live on the edge. Somtimes slip. Sometimes hold on. Sometimes scramble up.

Prouder today than if a mainstream upper class parent has his/her child get, say, an IIT, IIM, Stanford 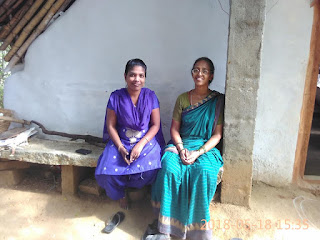 Sukanya got a government job as a village nurse.
Sukanya is from our village.
My village children.
First generation learners. No guidance at home.
Malnourishment through growing years..
Poverty. Home life is a struggle of dealing with debts.
No money for health crisis.
Many worries beyond just academics.
Poor schooling, a single teacher handling 5 classes in a one roomed primary school.
The Dalit identity, and its baggage, faced at every turn.
And still they persevere. School, intermediate, college.
... And then one day that coveted government job. Which secures against many vagaries of fate.
Become a village nurse can be a far far greater achievement. Than a coveted IIT, MIT earned by a privileged child.

When Sukanya from my village got the village nurse appointment order, this was my friend Sowmya Kidambi 's message to her. (Sowmya has been supporter and co-traveller of the village for very long.)
Sharing her message, as this is the only message we need to give all our children.
"Aparna Krishnan very very happy. Please congratulate her and tell her the only thing I want from her is to do a good job as she will get the opportunity to serve the poor! "

Sukanya at her seat, as a government village nurse, Tirupati The odds she has faced are enough to write a novel on. Poverty, SC, girl child. Suffice it to say that she was brought up in the village by her grandparents, while her mother to singly sustain her worked in Tirupati. And from there it was a long and complex path to this seat.
Perseverance, tenacity, commitment, hard work, cheerfulness under all the googlies life threw at her. 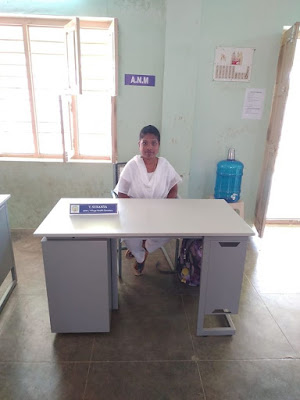 Posted by Aparna Krishnan at 22:44