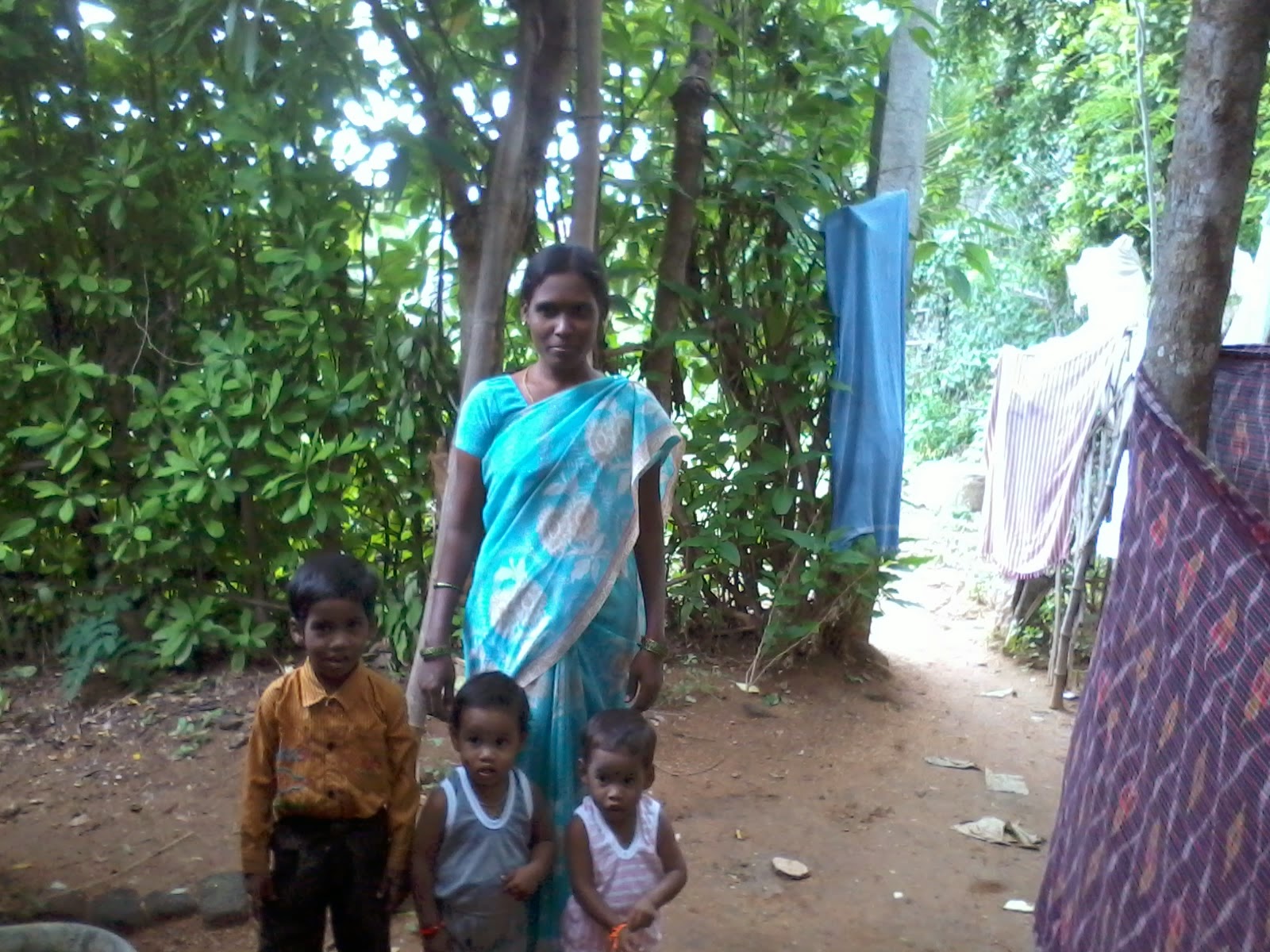 "Then crept into her a power, too quiet to be energy, too gentle to be force"

Varalu was a small child, in class 3, when we first moved to the village. She grew into a very nice, gentle girl but entered into a bad marriage. It was a nightmare, as she used to be beaten up regularly by her drunk husband. Finally her husband, when she was pregnant with twins, abandoned her. She moved in to stay with her parents and brother. Though her parents were very supportive, she was an unwelcome guest in the brother's family, as she and her three infants were more mouths to feed in difficult times.

She slowly came out of a period of depression, and even more slowly realized that her husband was never going to return. In time, with the love and goodness of her parents, she came around.

With one boy five years, and the twins a year each, she has somehow found the strength to move on. Opportunities also came her way when a friend came to the village and suggested that she teach Eashwaramma's grandson, Sasi, who was badly in need of some tutoring and mentoring. She eagerly agreed, and was so happy to get some tution money to get milk for her children. She was manageing with one glass diluted to do for the three children. Another friend has helped with some milk for the village children, and she eagerly asked if she could boil and give the milk out. That fetches her another small sum of money.

The attention and care she gives to Eashwaramma's grandson was total. I could never teach with such patience and dedication. The improvement in Sasi was remarkable. In school, the milk that she goes and gives the children daily is so obviously given with such care, that the nourishment the children get is more than that of just a glass of milk.
Now she has moved into a hut with her children – where she does not need to face daily the ill will of her brother . But the upbringing of three children is on her. It is a brave decision, though a difficult one . Now she is also making pickles that we hope to help her market …

She has also learnt embroidary, and has been working on the Paalaguttapalle bags the others stitch.
Posted by Aparna Krishnan at 23:40